A Riverside Pirate scores a goal on a kick straight in from the edge of the penalty box during the game on Saturday.

The Riverside team shows determination and skill in the win


BOARDMAN - The Riverside Pirates JV soccer team dominated the visiting Grant Union Prospectors in their game played Saturday afternoon in Boardman. The varsity may lost 4-2 but the JVs took their match 10-0.

The Pirates scored their first goal in the 4th minute of the first half on a shot about five meters out just outside the penalty box. The second came off a header by #20 in the 7th minute. The third goal was by #7 from about six meters out and to the left of the goalie during the 9th minute. The fourth goal came in the 21st minute off a header from #17. One minute later #7 scored a header from inside the penalty box after faking the goalie to make the score 5-0. Number 11 scored a goal in the 32nd minute off a pass from the left wing. That made the goal advantage 6-0 for Boardman at the end of the first half.

Boardman started the second half off with a header by #7 three minutes into play to take a 7-0 lead. Boardman next scored in the 17th minute by #20 on a drive right up the middle of the box to take the lead to 8-0. Boardman's next goal occured in the 24th minute. Number 11 then took the ball on a steal up the middle for a goal in the 31st minute to make the score 10-0. The game was then called upon the scoring of the goal. 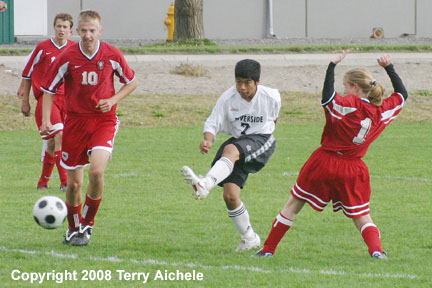 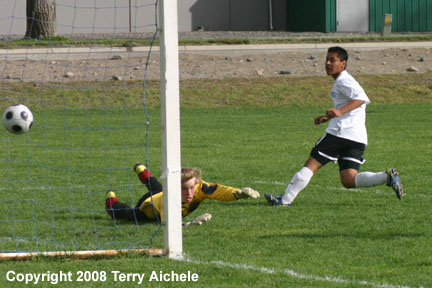 LEFT - A Riverside Pirate takes a shot on goal which missed. RIGHT - A Pirate scores a goal. 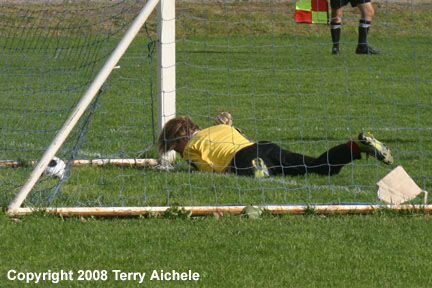 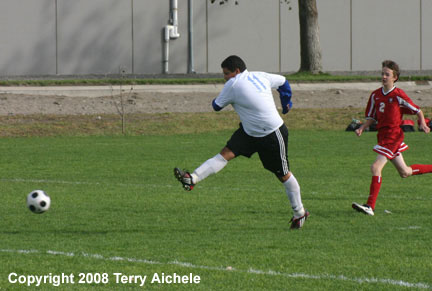 LEFT - The Grant Union goalie lays flat on his stomach after missing the goal shot. RIGHT - A Riverside player takes a shot during the game against Grant Union on Saturday. 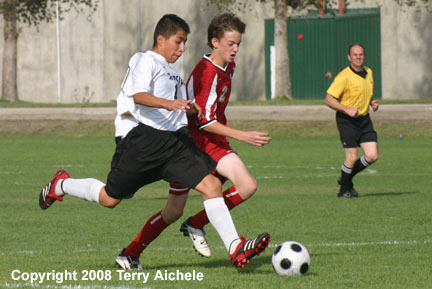 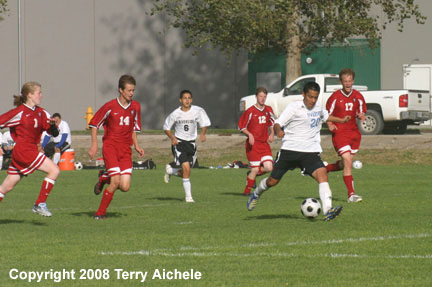 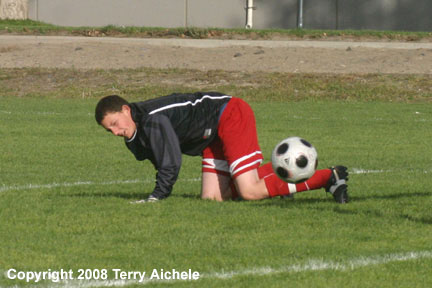 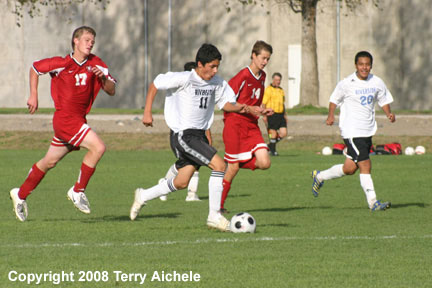 LEFT - The Grant Unio junior varsity goalie watches the ball roll past him into the goal late in the second half. RIGHT - Riverside number 11 scores the final goal of the match to give the Pirates the 10-0 win against Grant Union on Saturday afternoon.